The JWA World Performance event was started over 25 years ago and it is today one of the longest running windsurfing festivals of the world along with Maui, Sylt, Pozo & Santa Cruz. 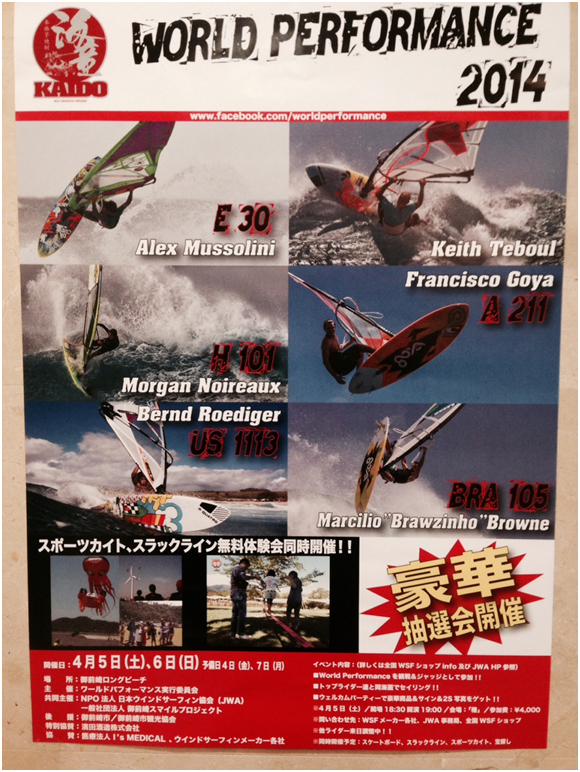 This event was started over 25 years ago and it is today one of the longest running windsurfing festivals of the world along with Maui, Sylt, Pozo & Santa Cruz.

Top riders from all over the globe come together every year to push the limits of sport in Japan’s wave sailing Meca, “Omaezaki Beach”

The JWA presented once again one of the strongest locals fleets, a true show of the world class conditions the riders get here year round, creating a high standard comparable to what Maui &Gran Canaria have build over the years.

The event was organized and produced by the Japan windsurfing association, JWA, that consists of all the windsurfing industry in Japan. The windsurfing brands here come equally together every year to create one of the best runned events or better said festival, with parties and other beach coulture events and sports along the 2 day event.

Morgan Noireaux
“Japan is great, the event and the people are like know here else in the world. The amount of stoke and enthusiasm for windsurfing they have is crazy, you feel like a rockstar.

The event was organized using today’s technology, utilizing the advance weather forecasts and the social media to maximize the event resources and time. 1 week before the window opening for the event top riders were contacted and flown to nagoya & narita airports. The public summed hundreds of local expatiators along the thousands of online viewers. 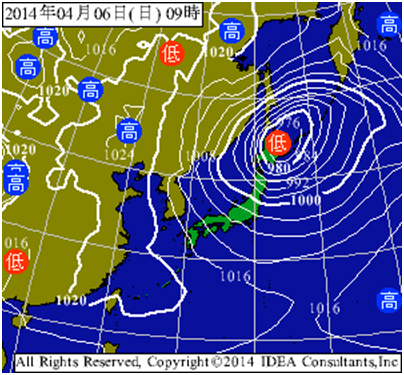 Want to hear something revolutionary in the world of free sports, the third deciding judge was the public! A true innovation for today’s events, turning the audience an active participant on the beach the mc was on fire! Starting to call the moves before they actually happened. 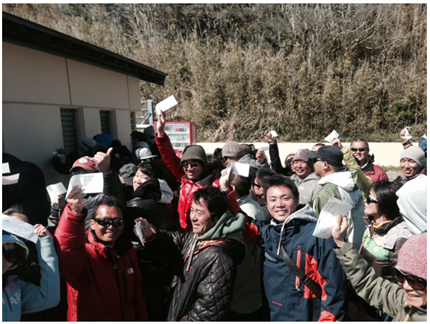 “Francisco Goya”
“I felt as i was hearing an Argentinean soccer match on the radio but on Japanese” one of the most memorable moments was on the final as the wind picked up to around 40 knots and musso was linning up to jump one of the biggest sets of the day, the mc started calling it and as alex hit the ramp the public exploded. When graham and musso returned to the beach after their final the public started calling “one more, one more” and both of them went out for a super session, i have only seen this on rock concerts and with territehau in sylt in 90’s with his gigantic stalled doubles”

Prices were given by all the industry to the public. After the event all the organizers gathered on a circle and congratulated each other for making it once again, and already with talks to make the event even bigger next year. 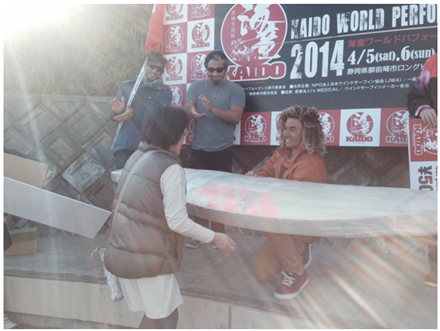 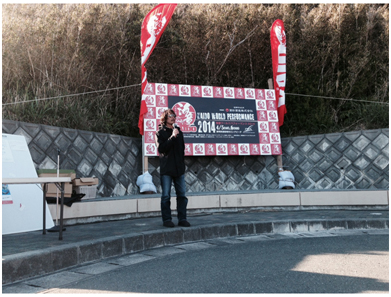 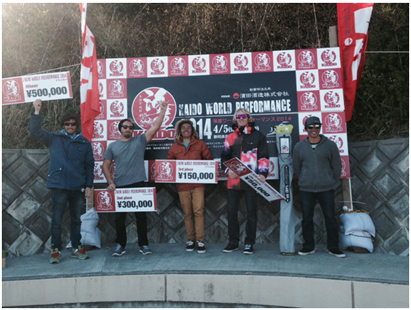 Alex Mussolini
“ it was a great event overall, great to see how stoked the japanese people are into windsurfing and so passionate. I also liked the fact that the event organizer invited all the maui boys over, it was great to see them competing in different conditions than ho’okipa. I have to say that i was very impressed with bernd’s riding and also morgan’s, they have a great talent and a lot of future ahead! We got some great conditions for the event and everybody inside the event was really happy so overall the event was a great success.” 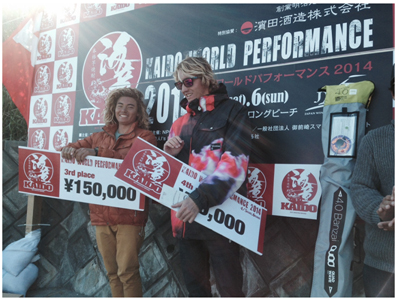 Bernd Roediger
“i just want to thank everyone who had a hand in making this event so great!  We scored pretty solid there in the final rounds, with overhead sets coming in non-stop, and winds pushing 40+ knots!  I was just honored to be out there competing, this wave has a legacy, much like ho’okipa.  To be a part of that history, to be a part of that epic day of windsurfing, it’s a special experience, and its what motivates me to compete and travel.  I could get a few good sessions at home, but it’s meeting new people and exploring new places that makes it an adventure! This is definitely an event i want to come back to year after year.” 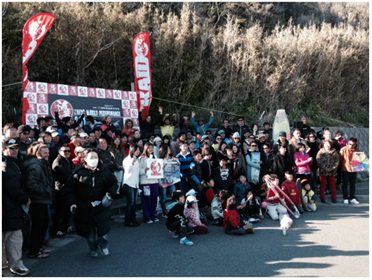 Ishii hisataka,omaezaki windsurfing club director
“owc have been operating for 7 years and it is a dream come true, we meet 3 times a week with kids starting as young as 7 years old to play at the beach with whatever the conditions are offering that day, sharing and having a great time. You are all invited”