Two new bigger sizes have been added to the Bolt line. When being second is not an option, these new shapes are your match.

These new bigger volumes with increased widths will primarily add to your average speed around the course while still focusing on top end performance with tail cut-outs and the infinite tail rocker acceleration our Bolts are known and praised for. The boards are basically the same as the smaller Bolts with increased release. The Bolt’s rocker has an almost continuos flat section from behind the mast to the tail, with the lightest release off the tail for unlimited speed and acceleration. A concave deck drives the power of the rig lower and forward on the water. Tail cutouts bring flotation to lower speeds and reduce the wetted area on straight speeding lines, allowing you to forcefully ride on the fin with direct control. The Bolt matches best with the Mark Freerace. 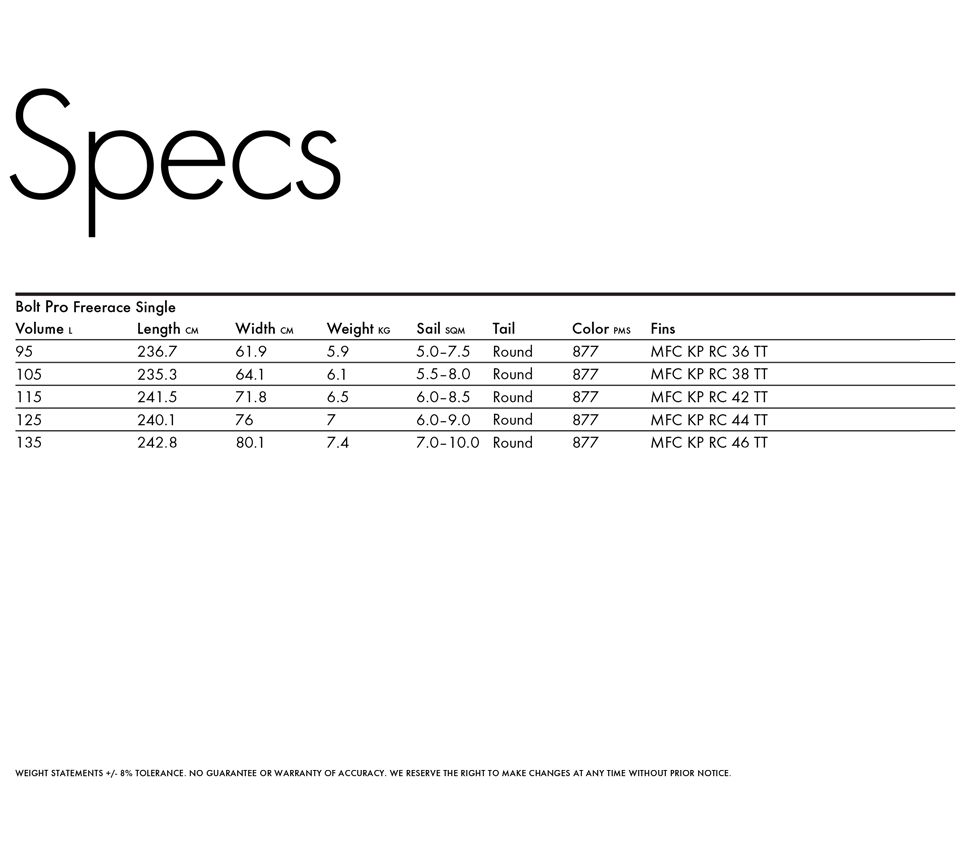 But do it fast.

What the magazines say